The Singing Men of North Central Texas, directed by Don Blackley, provided uplifting and inspirational music for the evening. Church choirs from FBC Grand Prairie, Agape Baptist Church (Fort Worth), FBC Arlington, FBC Crowley, FBC Willow Park, and Haltom Road Baptist Church joined with the Singing Men on the song “I Will Not Be Shaken” along with soloists Aaron Kenagy and Michael Bridges. 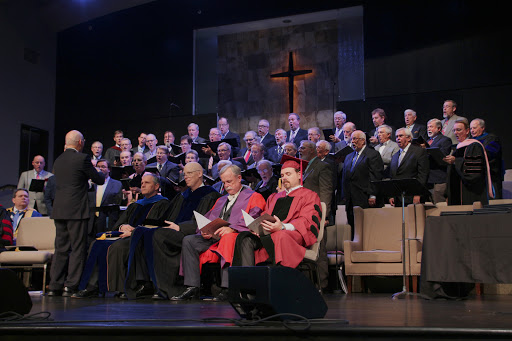 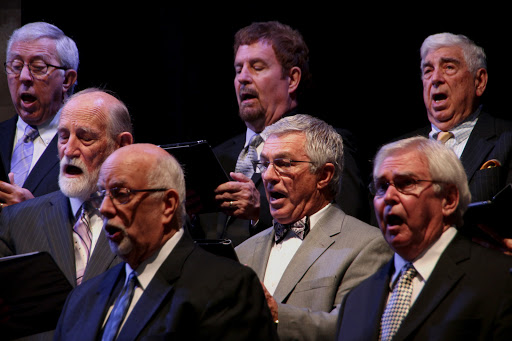 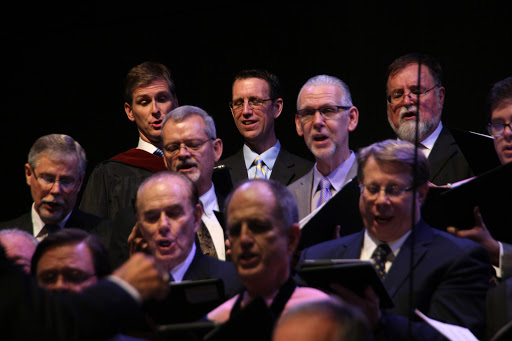 During the time of Thanksgiving and Blessings, President Gene Wilkes stated that from the start, the design of Carroll Institute has been based on the standards of accreditation with the Association of Theological Schools. This past April, Carroll hosted the ATS Evaluation Committee which delivered their report to the Commission on Accreditation in June to vote on Carroll’s initial accreditation. The official word will come sometime later this month, but Dr. Wilkes was encouraged by the favorable remarks of the evaluation team. In February of this year, the Association of Biblical Higher Education reaffirmed Carroll Institute’s accreditation for a ten-year period. Dr. Wilkes thanked the staff of Carroll Institute for their tireless efforts during the accreditation process. 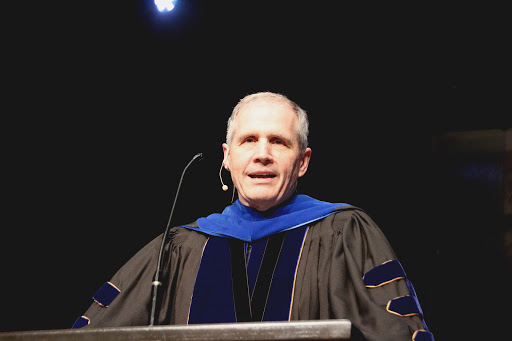 The president remarked how Carroll Institute has had the support of significant people who have walked alongside the institute from the beginning. Among those are two Distinguished Fellows who passed away during this past academic year, Dr. Carl Wrotenbery and Dr. Carl Elder. Dr. Wilkes gave thanks for their years of faithful service to Carroll Institute.

Dr. Wilkes recognized Dr. Scott Floyd as the new Senior Fellow in the area of Ministry and Formation, a position formerly held by Dr. Budd Smith who retired at the end of 2015 and holds the title of Senior Fellow Emeritus. Dr. Floyd is Professor of Psychology & Counseling and Director of the Master of Arts in Counseling degree program. He was officially conferred the Medallion of the Office of Senior Fellow by Dr. Smith. Gene Wilkes and the other Senior Fellows laid hands on Scott Floyd as Dr. Smith offered a prayer of blessing in his new leadership position. 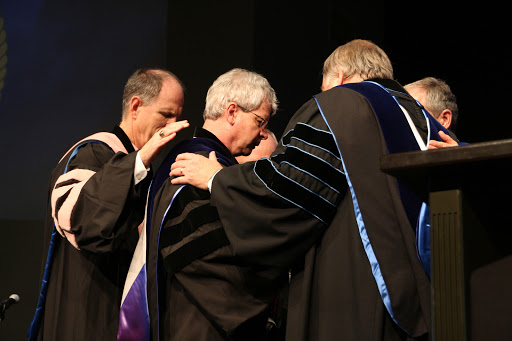 Dr. Wilkes shared that Senior Fellow and former President, Dr. Bruce Corley, had announced his retirement at the spring meeting of the Board of Governors and will leave his position at the end of June. Gene Wilkes expressed gratitude for Bruce Corley’s life and influence and his example of sacrifice to bring Carroll Institute to this point in time. Dr. Corley mentioned that one of the greatest blessings of his life has been the over 10,000 students that have been in his classes throughout his career. He commented, “Many of my students have become involved with Carroll, and it is a joy to see how the Lord is using them in His service.” 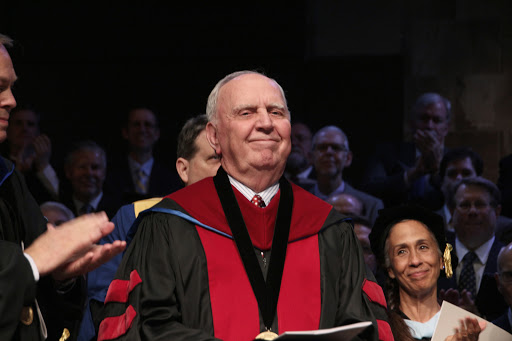 Gene Wilkes announced the launch of B. H. Carroll’s Capital Campaign “Training Leaders…Transforming Lives” to take the institute into the next decade of theological training. For more information about the campaign, go to give.bhcarroll.edu.

Dr. Darin Wood, pastor of First Baptist Church in Midland, Texas and Resident Fellow at Carroll, delivered the Convocation message entitled “We HAD Hoped” based on the passage from Luke 24:13-32 in which two of Christ’s disciples, who were traveling the road to Emmaus, were discussing the events surrounding Christ’s crucifixion. Their expectations that he would be the one to redeem Israel had been shattered. Dr. Wood brought out the fact that sometimes our expectations can lead us to the wrong end and cause us to miss what God is doing and what his plans are for our lives. The disciples had put their hope in their own expectations rather than in the promise of what Jesus said he would do. In his earlier comments, Dr. Wood told the students that the evening wasn’t just about receiving a diploma. It went back to the calling the graduates had received when they started this journey. They were called by the Spirit of God to train and equip themselves theologically. He said, “It is no small thing to endure the cost and the journey it takes. You started with a calling not to a theological degree but to a Savior.” As he concluded his message, Dr. Wood challenged the graduates with these words: 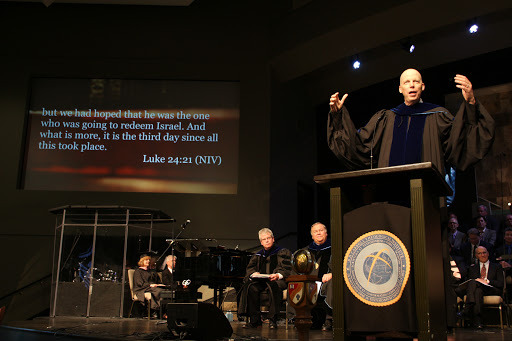 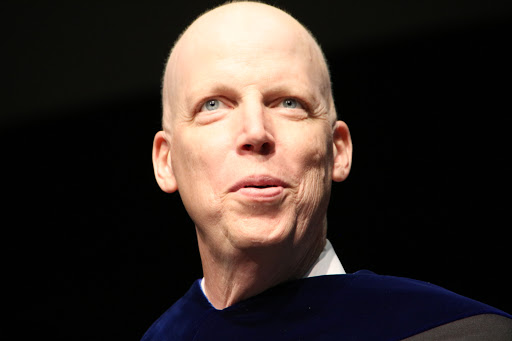 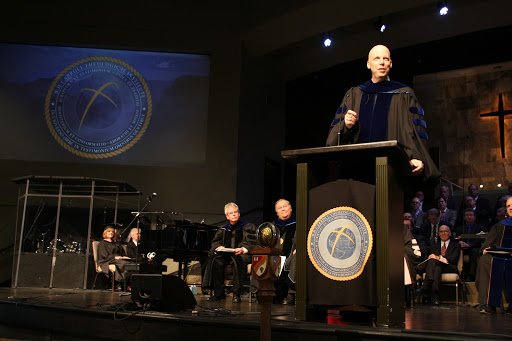 Following the convocation message came the conferring of degrees. The students were presented by the corresponding directors of their programs of study. The following graduates received their diplomas: 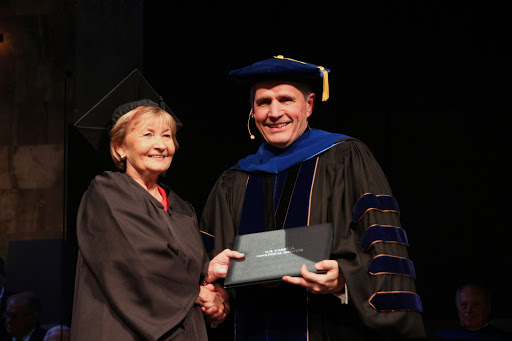 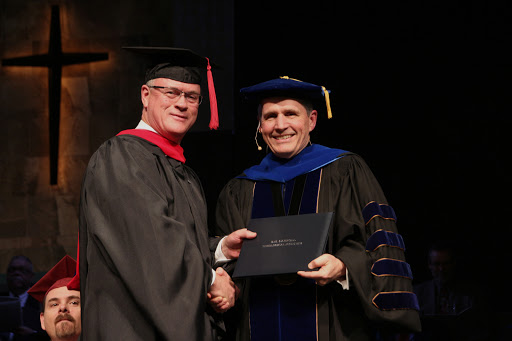 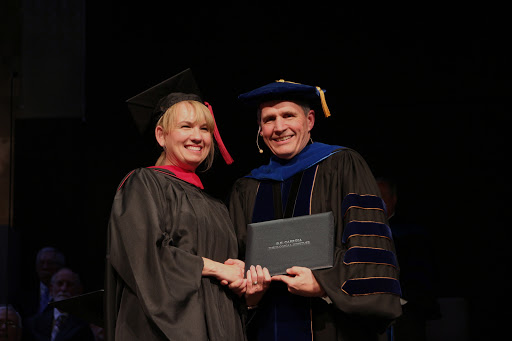 Master of Arts in Christian Education 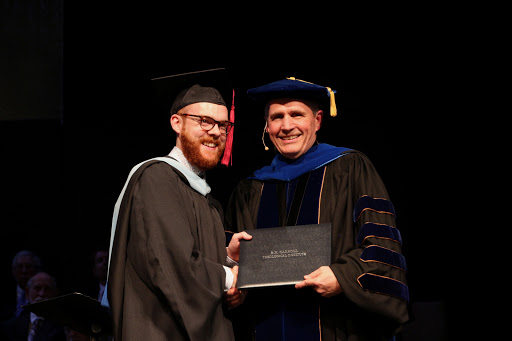 Master of Arts in Counseling 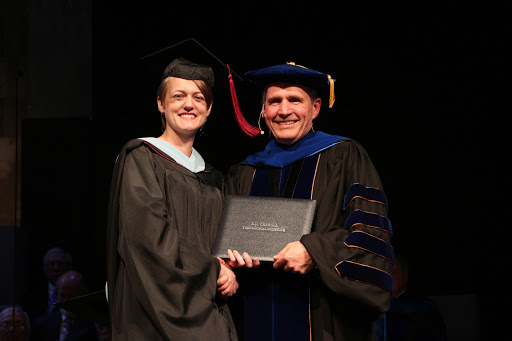 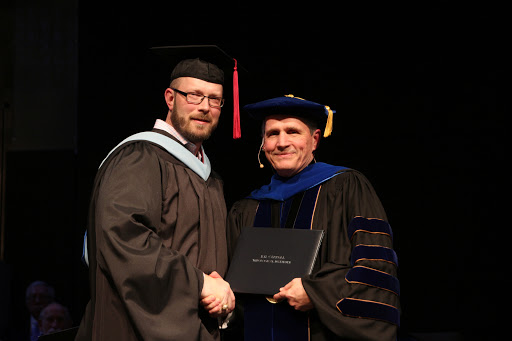 Master of Arts in Worship 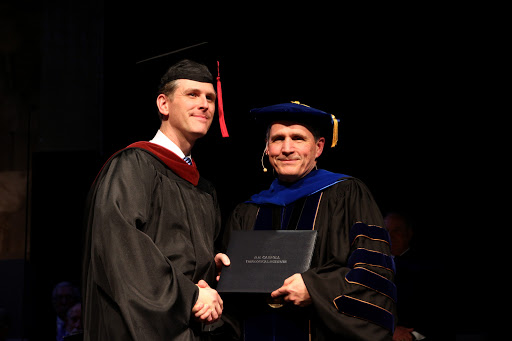 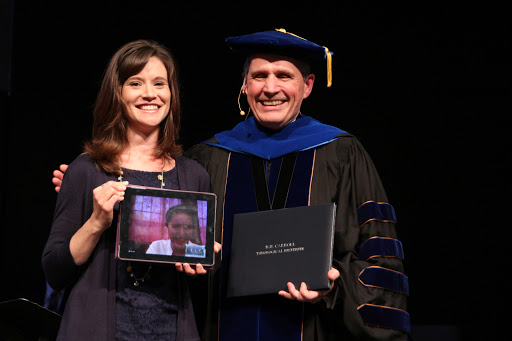 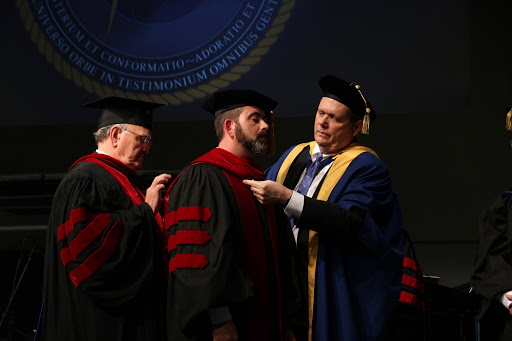 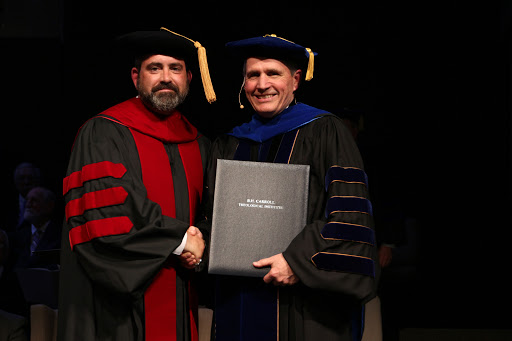 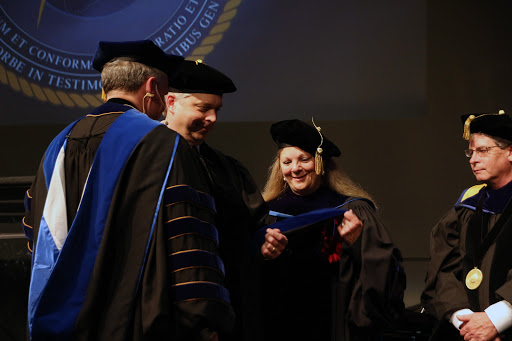 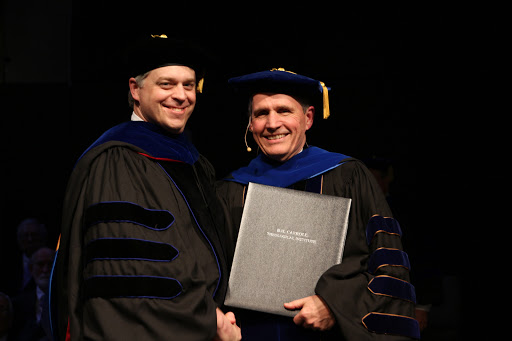 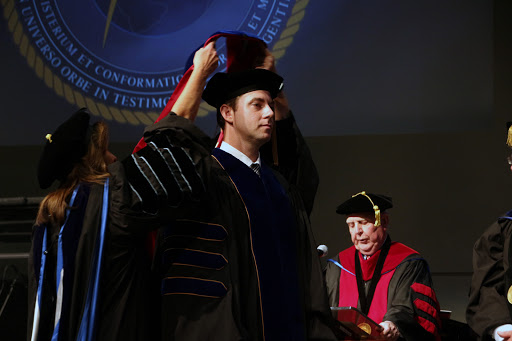 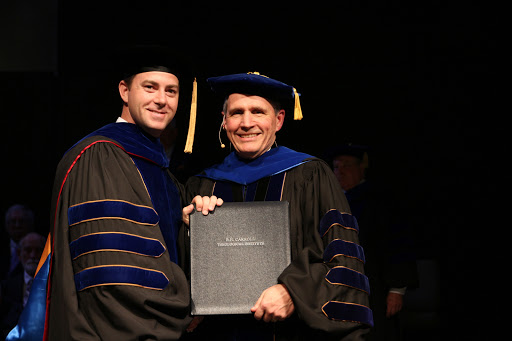 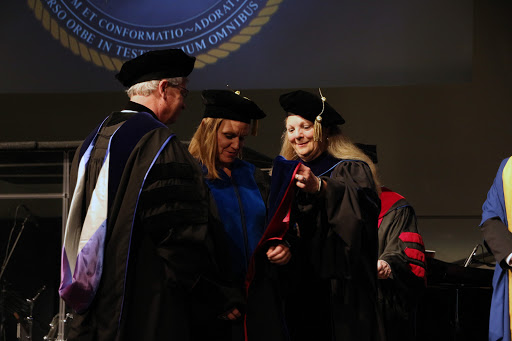 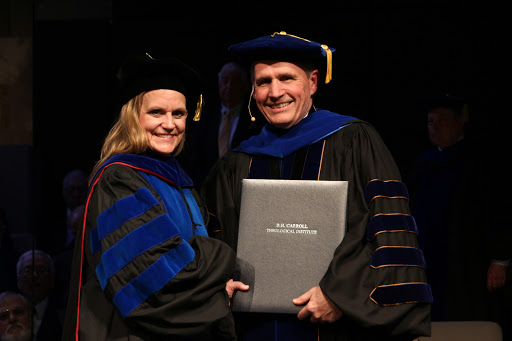 An interesting feature about this year’s graduation is that Carroll Institute had one student from India who received her Master of Arts in Worship degree via video conferencing. Sherin Jacobs had completed all of her coursework online while living in Bangalore, India, and had planned on traveling to the United States for graduation, but she was denied a visa. She watched the video of Convocation on Carroll Institute’s live streaming channel. When the time came for Sherin’s name to be announced, her photo was projected on the large screens. Michelle Martin, Carroll student and office assistant, walked across the stage showing Sherin live on an iPad screen so that Dr. Wilkes could show Sherin her diploma and offer his congratulations. Sherin responded with words of gratitude that were heard by the entire audience.

Following Convocation, a reception was held in the foyer of FBC Grand Prairie to honor the graduates and their families. A livestream recording of the Convocation and Graduation is available here.