Arlington, Texas – April 27, 2013 – This week, Dr. Bruce Corley, President of B. H. Carroll Theological Institute, announced to the school’s Board of Governors his intention to resign from the President’s office, effective after the October meeting of the board this year. The decision, part of a strategic plan that has been in place for two years, is intended to expand and bring continuity to the administrative team. Corley plans to remain in his role as a Senior Fellow of the Institute both to assist the new President and to share in academic processes with students and colleagues. He said, “As long as I can be effective, I wish to contribute to the long term well-being and growth of the school. I have promises to keep—made to my family, students, and the Lord—chief among them, reentry to the world of biblical scholarship where unfinished books wait for me.”

The chairman of the Board of Governors, Dr. Leon Leach, Executive Vice President of the M. D. Anderson Cancer Center, Houston, Texas, will lead the presidential search committee. He affirmed Corley’s leadership and the transition plan. “This step comes after careful reflection and prayer,” Leach said, “and it is not so much a ‘stop-start’ as it is a handing on of the baton. Continuity with Dr. Corley’s presidency maintains a bright future for the school.”

An important addition to Carroll’s administrative team was the election of Dr. Gene Wilkes to the position of Vice President for Advancement. Dr. Wilkes, pastor of Legacy Church in Plano, Texas, who has served as a Governor and Resident Fellow of Carroll, will lead in the support and development of Carroll’s mission. Corley said, “Dr. Wilkes will play a key role in our expanding programs that reach far beyond a traditional residential campus. Advancement for Carroll is not bricks and mortar but the engaging of ministries around the world where leaders need to be trained.” Dr. Wilkes affirmed the potential reach and impact of Carroll’s mission to equip men and women called to serve Christ in the diverse and global ministries of His church. “I am both humbled and excited to become part of what our accrediting agency described as ‘the visionary leader for developing Church leaders’ and Carroll’s ‘cutting edge effort of new generation Christian training’. I am honored to serve alongside those who have invested their lives in training men and women for global ministry,” Dr. Wilkes said.

During its ten year history, the school has embraced fast-moving and innovative changes in higher education, developing a distributed learning model with teaching churches and electronic resources. The phenomenal growth of the school is reflected in its expanding programs and student body. In this week’s meeting, the Board of Governors approved a new budget that includes additional staff employees and programs of study in Russia and Vietnam, similar to its existing program in Cuba.

In addition, the Board elected Jeff Whitfield, attorney-at-law with Kelly Hart & Hallman, Ft. Worth, Texas, to serve as a Governor. 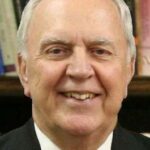