Mary Moore reports on visit to a local mosque in Irving

“Do not leave any gaps between you and your sister.” This was one of several signs seen posted on the walls in the women’s section of the Irving Islamic Center during a recent visit arranged by Dr. Earl Martin for Carroll Institute students. Dr. Martin, a retired missionary and expert on Islam, teaches the class entitled “Islam and the Gospel” to B. H. Carroll students and readers at the Agape Baptist Church in Fort Worth, Texas. The visit to the Masjid (mosque) on Saturday, October 20, was to allow the students to witness the Dhuhr (afternoon prayer session), one of five held at the mosque every day. Barefoot and with the women wearing headscarves, the visitors toured the building and heard a lecture on Sharia (Islamic law) from one of the Center’s imams.

The tour of the center, located off Hwy 183 in Irving, was guided by several sisters, as women members of the community are called. Since Muslim men and women do not worship or pray together, there are separate rooms on the two floors of the mosque. Downstairs, the large hall in which the men prayed was dominated by a stunning crystal candelabra complete with tiny minarets. Green and yellow tiles were the only decorations on the white stucco walls, according to the Islamic custom. A large cut-out section in the shape of a domed minaret was the focal point of the room, featuring a half round wooden wall and a pulpit. Since this occasion was only for prayers, the pulpit was not used and the imam stood on a small rug to lead the prayers in front of the wooden wall, which faced Mecca. As the men filed into the large room following the call to prayer, they began to line up on the carpeted floor, matching up elbows and feet in long, orderly rows. According to the Muslim custom, there are no chairs or pews, although one or two chairs are available if someone were elderly or infirm.

At the same time upstairs, in two plain rooms, each with a small, carpeted area, the women gathered for their prayer time. The Carroll group was not able to witness the prayers by the women, as a special observation room was made available just off the large hall where the men met. The group did, however, tour the women’s rooms before the prayer time began and several differences from the men’s prayer hall were noted: the women have two rooms, one where mothers with children were encouraged to pray. While Muslim women also prayed in long rows, a few chairs were made available if needed by some of the women. Since both rooms were small and located outside of school classrooms, there was no way to decorate or otherwise embellish the walls, as most were lined with gray lockers. Small, computer-generated posters did, however, encourage the sisters to pray together in unity and to be sure that their elbows did not rest on the floor.

Shaikh Yaser Birjas, imam at Valley Ranch Mosque in Irving, graciously spent nearly one hour after the prayer time with the group from Carroll, presenting a lecture on Sharia law and answering questions. Wearing a traditional white robe and head covering, and with a full beard, the imam warmly welcomed the group and began his presentation with a question: “What do most Americans think of when we hear the word, ‘Sharia?’” He acknowledged that our responses, most of which reflected a Western response to the (seemingly) harsh punishment meted out by Islamic clerics, were in actuality an incomplete understanding of Sharia law. He pointed out that punishment is only one aspect of Islamic Law, which was based on the moral law codes given by Moses to the Children of Israel in the desert: without the benefit of prisons, punishment had to be immediate and final in order to serve as an object lesson to all. His presentation centered on the “higher objectives” of Islamic law, of which punishment is only a small part. With an emphasis on bringing benefit to the public (and removal of harm), Sharia law is a set of legal and practical rules that reveal the ultimate rule of Allah. Within the Law are found rules of obligation, recommendation, permission, and prohibition.

The Carroll group was treated very cordially and given a warm welcome by several members of the community and were encouraged to return for other events. The center’s goal is to provide a mosque for prayers, an Islamic school, and offer social and religious activities to strengthen the Islamic community in the Dallas-Fort Worth area. Non-Muslims are invited to attend an open house held every Sunday afternoon in order to learn about Islam and to meet their Muslim neighbors. The Islamic Center offers an Islamic school for approximately 450 students–pre-kindergarten to high school–and is in the process of building a new home for the school on the property adjacent to the mosque. The center has a small shop (it was not open at the time of our visit) and offers classes for new converts to Islam learning the basics of the faith and its practices. According to the website, the vision of the center aims to be “the minaret of Islam in the West by promoting its genuine image.” 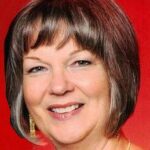